I have asked my pot-smoking, map-making, gourmet cook friend, Michelle Lewis, to guest-post an article about rheumatoid arthritis (RA). Michelle is eminently qualified to do this; she has a cruel Type III autoimmune hypersensitivity disease, a form of arthritis that is particularly virulent and very rare.

Michelle and I are both Hypersensitives, but I have milder Type I allergies and hypersensitivities. I don’t know how she copes. She has actually overcome chronic, relentless pain to write a comprehensive and compelling article about the cause of the pain: RA. 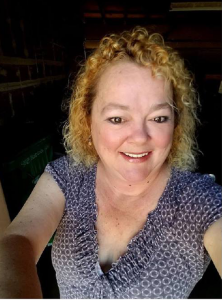 My Life With Rheumatoid Arthritis

Greetings! My name is Michelle. I really did make maps—I was a professional cartographer for the state of Nevada before RA forced me to retire. And when I am able, I’m a pretty darned fine cook. The pot smoking is true too, and it may come in handy, but before we get into that let’s get to my RA story.

How can I get other people/loved ones/myself/the world/anyone at all to really understand what Rheumatoid Arthritis is like?

This is the Arthritis Foundation’s definition of RA, “Rheumatoid arthritis (RA) is an autoimmune disease in which the body’s immune system—which normally protects its health by attacking foreign substances like bacteria and viruses— mistakenly attacks the joints. This creates inflammation that causes the tissue that lines the inside of joints (the synovial sacs) to thicken, resulting in swelling and pain in and around the joints.”

Because RA also can affect body systems, such as the cardiovascular or respiratory systems, it is called a systemic (entire body) disease. Those are the symptoms that scare me the most: when I have trouble breathing and/or my heart is acting up.

I was diagnosed in 2000 with a form of RA that is very aggressive. While most people you hear about will have it in one or two of the major areas, such as both hands and/or both feet, I have signs and/or damage in every joint in my body; all 206 bones. It is worst in my neck, shoulders, lowest back, and hips. And there are lots of bone spurs on my hands & feet. Many people have RA. I seem to have RA from hell.

Bad, huh? It gets worse. My RA is drug resistant.  Regular ‘treat the RA’ meds are only effective for a while. Then the pain comes back. So I try another drug—if I can get the drug at all—and it wears out too. Pain meds? You know how they work, with tolerance building up until you need dangerous amounts to get pain relief.

Back to the topic of pot smoking, I live in Nevada. Some marijuana dispensaries have recently opened here. A dispensary  will soon let me know what remedies they might have. Yes!

Your immune system works like three pairs of little guys. Think of them as the Marines, the Army, and the Navy & Air Force. When an invader (bacteria/virus) attacks, the Marines run in first. They eat every invader in sight, destroying everything in their path to make way for the rest of the guys. Once they destroy the bad guys, they are designed to self-destruct.

The Army comes next, taking out specific targets and ensuring safe passage for the good guys. The Air Force and Navy follow, protecting the Army and the good guys and helping the Army to get back out.

But with RA affecting the immune system, the destructive Marines receive badly programmed messaging. They not only eat everything in sight good or bad, they stay put and keep eating. They forget to self-destruct.

The immune suppressing/’treat the RA’ drugs are intended to keep the destructive Marines from being created at all, mitigating the pain.

Okay, cool. So now we know how RA works. But what does it feel like?

Think of your body like a car. The skeleton is the frame, the shoulders and hips are the axles. The synovial sacs are like your wheel bearings and their fluid is the grease. RA chews on the sacs and eventually the grease is consumed. More chewing on the sacs means they can’t make grease anymore. After a while the joint goes bone on bone. Without grease, that is like metal on metal in a car. Pretty soon that bearing is going to seize and, boom, no more moving that joint. The boom has happened to me once, at my right hip.

If RA gets to the point of organ or systemic involvement, it’s like a car that has body cancer. That’s a term for when a car begins to rust and then the rust spreads from its origin to other parts of the car. Left untreated, the entire car will rust down to dust. Likewise, RA’s ‘eat everything we see’ program goes past the joints and bones and moves into the soft tissue. It can eventually cause extensive damage.

Each RA sufferer is different. I’ve been on over a dozen different treatments—’treat the RA’ drugs and pain drugs—and next month I will start again. There are many ways to deal with this disease. I have developed my ways over time, using trial and error, some patience, and a whole lot of impatience.

I’m working toward peace and wish the same to all of you.