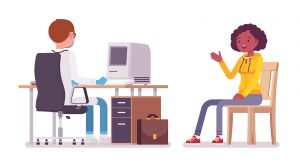 Can a rash kill you?

Allie had just turned sixteen. She had never had a facial rash in her life. She had had a case or two of hives, but neither she, her mother, nor Dr. Sherman had been worried about them.

She had just begun treatment for a kidney problem. Dr. Sherman had prescribed two whole Hydrochlorothiazide pills a day. Three days later, Allie was finishing up her schoolwork, looking forward to texting her friend, Alma once Alma’s classes ended. She went into the bathroom and took her second pill of the day, following the doctor’s instructions. While she was there, she happened to glance into the mirror. And there she saw it.

A red, swollen rash covered her nose and chin.

She touched it. It hurt, so she didn’t touch it again. She ran to her mother and showed her the rash. Her mother called the doctor.

“I’ll call an ambulance,” the doctor said. An hour later, Allie was in an emergency room.

Doctor after doctor came in and looked at the rash on Allie’s face. When the doctors saw the rash, their faces turned pale, and they fell silent. She was glad when she heard Dr. Sherman’s voice in the hallway. He pulled back the curtain, entered Allie’s cubicle, and saw Allie’s rash. Immediately, he turned his head away. Allie knew why. He was hiding his fear. The doctors’ fear is what frightened her most.

“You’re having a hypersensitivity reaction,” Dr. Sherman, the doctor she trusted the most, said.

“No, no, of course not,” Dr. Sherman said. “It’s just a case of Stevens Johnson Syndrome.”

Allie remembered her mother saying, “If they repeat themselves twice, watch out.”

Speaking of her mother, the tall, powerful woman visited Allie not long afterward. She brought Allie her laptop, which gave Allie something to do after her mother left. Allie googled Stevens Johnson Syndrome.

If you had a Stevens Johnson rash, the web doctors said, you had about a 30% chance of dying from it. Can a rash kill you? Yes.

Allie couldn’t handle any more of this. She leaned back against the pillow and covered her face with her hands. Someone entered the room. Allie looked up and saw Dr. Sherman.

“This hypersensitivity could kill me, couldn’t it?” Allie said.  looked at her computer screen.

“Oh, Allie,” Dr. Sherman said, “it won’t.” He took a look at her computer screen. “Don’t worry about what those doctors are saying.”

“They’re not wrong,” Dr. Sherman said, “but they’re not telling you everything either. There’s only one chance in a million or so that you’ll get a hypersensitive reaction. And if you get a reaction, the doctors will immediately stop the medicine that triggered it—we stopped your Hydrochorothiazide, didn’t we? —so you’ll be OK. As long as I’m here,” he added, “you won’t die.”

“But hypersensitivities do have to be taken more seriously,” the doctor said. “People tend to laugh at them, and so they don’t get treated. Once people accept that hypersensitivities can be fatal, they’ll stop pooh-poohing people’s hypersensitive reactions. They’ll watch them carefully and get them to emergency rooms faster.”

This story is continued in The Scariest Hypersensitivity: Stevens Johnson Syndrome.